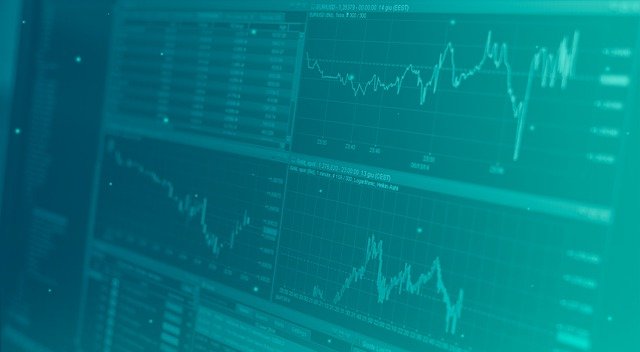 S&P Global and IHS Markit announced on Nov. 30 a merger that will result in S&P Global owning 67.8% of the new company, with the CEO of S&P Global Douglas Peterson taking charge of a combined operation that will benefit from $680 million in “run-rate cost synergies” within five years.

The transaction valued IHS Markit at $44 billion. It comes as consolidation in the commodities news, price assessment, information and consulting service industries that started after oil prices declined from their 2008-2014 highs appears to have intensified during the 2020 pandemic.

The announcement comes four months after RELX-owned ICIS bought Chemical Data (CDI) in July. The industry has seen consolidation in recent years such as S&P Global’s Platts purchase of SNL Financial in 2015. IHS and Markit merged in 2016.

It also comes as weaker oil prices amid the pandemic will test the financial health of the customer base of energy and energy-derived commodities pricing services particularly in 2021, as S&P’s Peterson anticipated during an April 28 earnings discussion.

CDI, ICIS, IHS Markit, and S&P Global’s Platts all publish price assessments for petrochemical and energy commodities, among other products. Many of the products target the same consumer base.

IHS Markit CEO Lance Uggla will stay as special advisor for one year. The transaction will close in the second half of 2021. The merged company will be based in New York City.

The chief sustainability officer at Dow Inc., the world’s top producer of the material used in plastic bags, said that bans on some single-use plastics like grocery bags may harm the environment rather than help.

“Researchers estimate that as much as eight million metric tons of plastic waste ends up in the oceans every year. This is clearly unacceptable,” said Mary Draves, also vice president at Dow, during the Reuters Events Downstream Leadership Forum in late November.

“It does partially explain however how today it seems culturally cool to be anti-plastic and why we see well meaning, but often misinformed, policy makers responding with bans,” she added.

“The vast majority of these are feel good activities. They do more harm than good to the environment. How do we know? We look at the science,” she said.

Several countries and cities across the world have enacted legislation targeting single-use plastics. In October, Canada announced a ban on six single-use plastics by late 2021 to prevent plastic waste ending up polluting rivers and oceans.

“All of the policy makers banning single-use bags, they should read a study published by the government of Denmark,” Draves said.

The study analyzed the environmental impact of recyclable and non-recyclable plastic bags, as well as bags made out of paper and cotton.

Alternatives from other materials need to be re-used multiple times, sometimes thousands of times, to have the same impact as polyethylene bags, it found.

However, “the effects of littering were considered negligible for Denmark and not considered” according to the study's methodology.

Dow has announced a 2030 target to reduce net carbon emissions by five million tonnes versus a 2020 baseline. By 2050 Dow intends to be carbon neutral.

“What makes it most difficult is that, frankly, we do not know exactly how we’ll get to carbon neutral by 2050,” Draves said.

“We reduced greenhouse emissions by some 15% in the past 15 years and we are well on our way of continuing that progress with new and advanced manufacturing technologies but true carbon neutrality will require a significant acceleration,” she added.

According to a Dow’s Investor Day presentation two years ago titled “Creating the New Dow,” Dow’s polyethylene capacity was about 10 million tonnes annually, biggest worldwide. Its ethylene production capacity of close to 14 million tonnes also exceeded that of any other company.

Plastic bags are made out of polyethylene (PE), which is produced by polymerizing ethylene.

The Plastic Division of the American Chemistry Council (ACC) said on Nov. 24 that recommendations by environmental organization Oceana would actually worsen pollution.

Christy Leavitt, Oceana’s plastics campaign director, said by email that the ACC misrepresented Oceana’s position. It described the ACC release as “more of the same distraction tactics and lack of accountability we've seen from the plastics industry over the past 50 years.”

The Plastic Division aims for 100% plastic packaging recyclability or recoverability by 2030. That goal is less ambitious than that set by large plastic consumers, including retailers like Walmart, grouped under The U.S. Plastic Pact. The Plastic Pact wants to reach that goal five years sooner.

“A robust study completed in 2016 by the firm Trucost shows that replacing plastics with alternatives in common packages and consumer products would raise environmental costs nearly fourfold,” the ACC release added. Trucost is part of S&P Global.

Oceana states in a “fact-check” report that bans, taxes, and deposit return systems encourage single-use plastic reduction, sharing studies of the impact of such actions.

On the other hand, plastic recycling rates of only 9% in the U.S. show that relying on recycling has been ineffective, Leavitt said.