Royal Dutch Shell, hit by a $17.7 billion loss in the first nine-months of 2020 as Covid-19 slashed demand, will downsize to six refining-chemical integrated “parks” as part of a transition to lower carbon emission products. 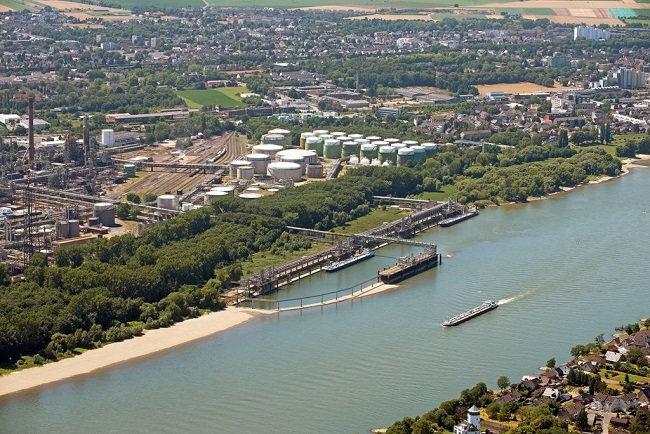 The company sees production of renewables, as well as green hydrogen, playing a major role in its long-term sustainability. The success of this change will depend on whether there would be enough demand for low-carbon emission products as well as supporting government policies.

“As an industry we cannot simply supply lower carbon or more sustainable products if there is no demand,” said during a Reuters Events Downstream conference in late November Huibert Vigeveno, Shell’s downstream director.

“Shell has the infrastructure, the system and the people to do it. We are playing our part to push things forward, but we need the pull too. We need the demand to make the transformation feasible and we need the right policies to encourage that demand,” he added.

As an industry, “the business plans we have today will not make our ambition a reality. As society and our customers change over time, so too will our plans,” Vigeveno said.

“Shell has been on the road to a low carbon future for some time. We are already much more than an oil and gas business,” he added.

To achieve the goal by 2050 “means finding ways to stop adding to the stock of greenhouse gases in the atmosphere.”

“We want to turn our refineries into lower carbon sites that can respond better to changing future demands, what we will call energy and chemical parks, and the key is integration,” he said.

“We will concentrate our portfolio into six sites mainly around the U.S. Gulf Coast, Northwest Europe and Singapore,” he added.

In addition to downsizing and changing refineries, the product portfolio will see changes, Vigeveno said

“First we will work on net zero emissions for making our own products. Second, we seek to reduce the carbon intensity of the products we sell. This will mean selling more hydrogen, more biofuels and more renewable energy,” he added.

“Thirdly, we, as a business that supplies energy, will work with sectors that use energy like aviation, heavy freight and shipping. We’ll help them find their own path to net zero,” Vigeveno added.

“This is already happening. We are beginning to transform our refineries and our chemical sites,” Vigeveno said.

“Take our site in Rheinland, it’s the largest refinery in Germany and plays a significant role supplying fuel and products not just in Germany but in Switzerland and Austria as well,” he added.

“The site is already integrated with our chemicals business which we plan to grow. In the future we aim to use recycled feedstock such as plastic waste, increase the use of biofuels, and produce sustainable aviation fuel on site,” he said.

“It is here that Shell and our partners are building the world’s largest PEM (Polymer electrolyte membrane) electrolizer to produce hydrogen using renewable energy. This production of what is called green hydrogen is a significant step in testing the feasibility of production on a large industrial scale,” he said.

In the future, this hydrogen may feed the chemical processing on site or power fuel cell vehicles at Shell’s retail sites, Vigeveno added.

Shell is also already working with transportation companies to identify emission levels by ships moving commodities. The aim is to known and publish the data, as a first step to reducing it.

Shell said on Sept. 30 it plans to cut operating costs with actions that would include up to 9,000 job reductions by the end of 2022. Shell is seeking a cost reduction of up to $4 billion by the first quarter 2021.

“This is an extremely tough time. We are making very difficult decisions. We are doing it because we have to,” Vigeveno said.

Earlier this year Shell closed the 110,000 bpd Tabangao plant in The Philippines because it was no longer economically viable. It will only remain as an import terminal, Reuters reported on Aug. 12.

Shell decided to shut the Convent refinery in Louisiana, with 240,000 barrels per day capacity, after failing to find a buyer, The Advocate, a Louisiana-based newspaper, reported on Nov.5. Shell will continue efforts to try to sell the idled refinery, it said.

The Louisiana permanent shutdown is part of Shell’s asset consolidation from 14 sites down to six integrated complexes with the goal to produce more biofuels, hydrogen, and synthetic fuels as it transitions to a lower carbon footprint, The Advocate reported.

“It’s the right thing to do for the future of Shell and as an energy business we have to play our role in helping society reach net zero, and we can only do this if we change. We have to be simpler, more streamlined, and more competitive,” Vigeveno said.

According to expert commentary also provided during the Reuters Events Downstream Conference, refineries without a built-in flexibility to adjust to the post-Covid fuel demand will have to be idled, turned to terminals, or converted into renewable fuel plants.