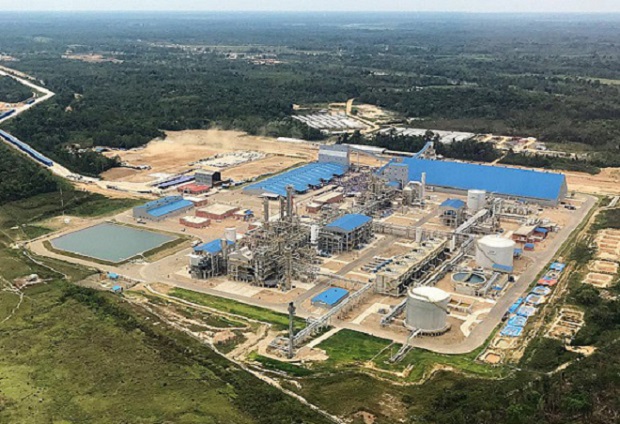 Bolivian President Luis Arce restarted on Sep. 6, 2021 a urea and ammonia plant after a 22-month shutdown of this asset inaugurated in 2017 as the country’s biggest investment ever.

Arce said that the temporary one-year government of former President Jeanine Anez kept the plant idled on purpose to discredit investments by her predecessor, former President Evo Morales (2006-2019). This caused a loss of $450 million, Arce said.

The Bolivian president tweeted on Sept. 6 that the administration of Anez had also fired all of the Bulo Bulo, Cochabamba plant’s workforce. This delayed a faster restart of much needed domestic fertilizer production to stop costly imports, he said.

Anez, a former legislator of the opposition to Morales, is facing prosecution in Bolivia related to her alleged participation in attempts to use force to overthrow Morales in 2019.

Former President Morales had inaugurated the $953-million plant in 2017. It was the country’s first attempt to build a petrochemical industry. Like several neighbors, Bolivia had long relied on natural gas or crude oil exports, and petrochemical imports.

The plant produced until its Nov. 2019 shutdown fertilizer for domestic consumption as well as for export, mainly to Brazil, the Bolivian ministry said in the past.

Several other countries in the region are potential importers. Peruvian Cabinet Chief Guido Bellido said in August that Peru will buy Bolivian fertilizer as soon as it becomes available to solve a current shortage and try to help farmers facing soaring prices.

Bolivia’s Energy and Mines Minister Frank Molina said on Sep. 3 that the country’s potassium chloride plant in Uyuni, Potosi, was running at a 20% capacity after its restart, according to a press release.

“We worked with all the team from Yacimientos de Litio Bolivianos for the reconstruction of the evaporation pools,” Molina said.

The potassium chloride plant has 350,000 tonnes annual capacity. It was inaugurated in 2018 after a $170-million investment.

Molina said that there was a loss of nearly a year of production in the case of the potassium plant. He also blamed the temporary government of Anez for delaying repairs.

Morales went temporarily into exile in November 2019 to escape political violence following a questioned election that he claimed to have won.

The November 2019 elections would have opened the way to the fourth term of Morales. Morales run in 2019 after a tribunal court allowed him to be a candidate in a controversial decision.

Brookfield Infrastructure and Inter Pipeline jointly said on Sep. 3 that they have entered into an agreement under which Brookfield gets to buy all of the remaining Inter Pipeline’s common shares.

Inter Pipeline, a Canadian pipeline company, plans to start in 2022 operations of a propane dehydrogenator and polypropylene complex located near Edmonton, Alberta. It will be the midstream company’s first venture into plastics.

Brookfield made an offer early in the year but wasn’t approved by Inter Pipeline’s board, which advised shareholders to reject it. Then Inter Pipeline made an agreement for an acquisition by rival Pembina Pipeline.

Later Brookfield raised its offer and Inter Pipeline directors then recommended accepting Brookfield’s second offer. A hefty fee was paid to Pembina to break out of the purchase agreement.

Latin America’s biggest petrochemical company Braskem said on Sept. 9 that it will study the viability of a new plant in Thailand to produce ethylene and polyethylene using sugar cane as raw material.

The plant studies will be carried out in partnership with Thailand-based SCG Chemicals, it said.

The planned asset, that would use Braskem’s “I’m Green” technology, would be located within SGC’s chemical complex in Map Ta Phut, Braskem said.

The project would contribute to Braskem’s goals of carbon neutrality by 2050, Braskem said.

Braskem also said in a separate release on Sept. 3 that S&P Global Ratings raised its debt rating to BBB-. This means that its debt rating is back once again to investment grade which will lower borrowing costs.

This occurred amid “expectations that Braskem will continue to see benefits from high petrochemical spreads in the coming quarters,” the company said.

Braskem, based in Brazil, owns five polypropylene plants in the U.S.

LyondellBasell said on Aug. 25 that its CEO Bob Patel, who has been on the post since 2015, intends to leave the company in December.

“The Board of Directors has established a sub-committee that will oversee the search for a new CEO and will consider both internal and external candidates,” it said.

Patel had joined LyondellBasell in 2010.