Alberta is already home to Canada’s largest petrochemical manufacturing industry. Petrochemicals make up a C$16 billion industry in Alberta that directly or indirectly employs over 30,000 people, according to the province's Ministry of Natural Gas and Electricity. 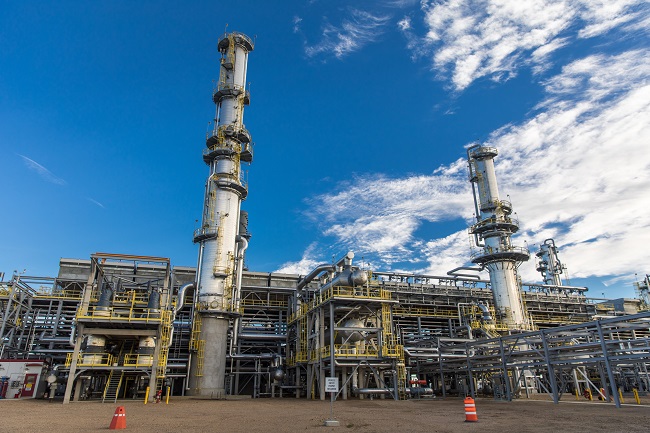 Alberta, which offers the country’s only meaningful chemical incentives, will present in June an economic recovery plan that the industry expects that along with the province’s renewed diversification program will yield significant improvement to ease industry investment.

"Our government has been working with industry to further the PDP (Petrochemical Diversification Program),” said by email on June 5, 2020 Samantha Peck, press secretary at Alberta’s Ministry of Natural Gas and Electricity.

“A blueprint for the province’s economic recovery plan will be announced in June 2020,” she added.

A column in the Calgary Herald quoted in early June Jason Kenney, premier of Alberta, saying that the recovery program would rely on expanding “key” areas where Alberta could be competitive such as petrochemicals.

Bob Masterson, CEO of the Chemistry Industry Association of Canada (CIAC), told Petrochemical Update in early June that there are expectations that coming announcements may help bring more investment after the PDP program proved successful in the past.

In terms of incentives across Canada, “the only place where there is something meaningful in place is Alberta,” Masterson added.

Compared with April 2019 when Kenney’s United Conservative Party won the province elections, all of Canada now faces initiatives at the federal level to declare some plastics toxic as well as rising carbon taxes.

Canada’s Premier Justin Trudeau announced in June 2019 that the federal government would determine a list of plastics to be declared toxic by 2021 at the latest.

Carbon taxes have increased compared with October 2019 when Alberta re-confirmed the C$1.1 billion PDP new round but killed other programs including the Petrochemical Feedstock Infrastructure Program on grounds it involved sharing financing risks.

At that time, the new government backed down on some C$400 million worth of loan guarantees already awarded for crude upgrading under the province’s Partial Upgrading program that was eliminated.

A C$4.5 billion polypropylene project near Edmonton, Alberta by Pembina Pipeline Corp. and Kuwait’s Petrochemical Industries (PIC) for a propane de-hydrogenator (PDH) and polypropylene plant was postponed indefinitely in March.

“There’s up to four global scale crackers worth of ethane already circulating around the Alberta energy pipeline system that is just going to the burner because there is not enough demand for it,” Masterson said.

The CIAC awaits results of the renewed PDP program as it may help change that. The program is “one of the few pieces” continued from the past administration of Alberta’s former premier Rachel Notley, of the Alberta New Democratic Party. Notley lost the April 2019 election.

“The government of Alberta is currently in the final stages of reviewing applications submitted under the second round of PDP,” according to the email by Samantha Peck of Alberta’s Natural Gas and Electricity Ministry.

Alberta’s C$650 million in financial incentives is supporting C$11 billion worth of new petrochemical projects through the first two rounds of the PDP, Peck added.

“The Associate Minister of Natural Gas & Electricity has been working with industry to progress the PDP,” she said.

The PDP was initiated by former Alberta premier Jim Prentice (2014-2015) of the Progressive Conservative government in 2014, she added.

Expectations from the Canadian chemistry association

“They are actually working on modifying that (PDP) to make it look more like the types of support you see in Texas and Louisiana,” Masterson said.

The changes planned may include moving away from a system that relies on companies “making an application in a fixed window and having bureaucrats decide which projects they like,” he added.

“If you meet the standard you’ll qualify for certain levels of support and so that program is being re-designed,” he said.

Masterson said the CIAC is also holding talks with officials from the province of Ontario government to bring the point across that incentives are necessary to bring investment.

The CIAC has seen administrative changes in Ontario more favorable to business but key incentives are lacking, he said.

Ontario is home to a polyethylene expansion by Nova Chemicals in Sarnia that Masterson said won't likely see significant delays in completion. Along with InterPipeline’s polyproplylene complex under construction in Alberta, these are the two bigger chemical projects underway in Canada.

Carbon taxation on the rise

For big emitters there is a tax based solely on emissions. Some provinces apply their own tax and a federal tax only applies if the provincial system isn’t equivalent or better.

There is also a federal initiative to implement a Clean Fuel Standard. It would apply carbon taxes to fuels that go into some industrial plants. The CIAC considers this could represent two carbon taxes in place.

“A proposal to also price the carbon content of fuels coming into the facilities would pose a significant risk if that is not done well,” he added.

“The biggest concern however is the federal government intends to list plastics as toxic under the Canadian Environment Protection Act which would give regulatory authorities power to ban and otherwise manage plastics,” he added

Changes are taking place as Alberta is seeing revenue declines. Western Canada Select (WCS) prices, obtained by many Alberta crude producers, fell 93% on-year to an average of US$3.50 per barrel in April, the province said on May 22. WCS trades at a deep discount compared with light crude oil.

Kenney tweeted on May 13 in favor of petrochemicals stressing they met high demand during the Covid-19 pandemic “and at the same time, adding value to our oil and gas resource.”