Increased labor and raw material costs and shortages, extreme weather and rushed ‘time to market’ projects pushed up US ethane cracker costs in 2017. 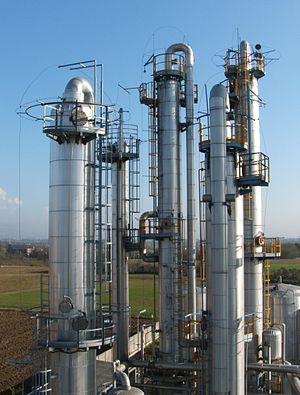 In the fourth quarter of 2016, The World Steel Association predicted a small increase (0.5%) in global steel demand for 2017. That projection proved to be far too conservative as the same report in October 2017 anticipates an 8% increase in the price of steel in 2018.

The forecast is a reaction in large part to China’s 9.3 % increase in demand, but also the American Institute of Architect’s (AIA) projection that the pace of construction will accelerate through 2019. This increase followed suit in North America, where the price of steel is expected to climb an additional 4.9%.

Labor costs, as a part of bulk material costs for a 1.5 mtpa ethane cracker were estimated at $171 million in 2017. Total labor costs for a major project were $914 million,  Petrochemical Update’s US Ethylene Complex Construction Costs Data 2018-2020 report.

In 2017, the cost of labor and material escalated both due to short term events, and continuing longer term impacts like declining or varied capital investment.

These impacts have caused craft labor to seek alternative industries, reducing the labor pool associated with the hydrocarbon industries, necessitating owners and contractors to offer attraction and retention premiums to secure the levels required to support large to mega-scale capital projects.

“Following the construction downturn in the late 2000s, a lot of people left the construction industry. Also a lot of people have been in the industry and are retiring or moving out of the industry. There are too many people working at Starbucks as Baristas rather than in the field doing construction work,” said Brian Sinn, Solutions Project Director for Siemens. “There is a shortage of labor and the expectation is the gap will continue to be a big risk for our industry.”

In addition, while wage rates have remained reasonably stable, there has been a notable decrease in productivity leading to the need to spend more hours on both direct and indirect activities.

Construction labor in the U.S. Gulf Coast will continue to be in short supply and base wages rates for all trades and per diems for travelers will increase in 2018, according to Compass International.

Travelers are individuals / craftsman (typically the Pipefitters, Welders, Electricians and Instrumentation Installers) that live more than 50 miles from the construction site and are paid a per diem to offset their daily living expenses. This per diem rate is between $80 and $140 ($10 to $17.50 per hour worked) for each day worked.

Typically between 25% and 50% of the skilled craftsmen i.e. pipefitters, welders, electricians and instrumentation installers can be considered travellers and are paid this per diem.

Pipefitters, welders, electricians and instrumentation installers are in the highest demand and shortest supply right now.

Insulators, carpenters, roofers, masons and painters will also be in demand for the next six to twelve months to meet the construction repair effort from hurricane damage. Base rates are expected to increase over the next couple of quarters, Compass said.

Costs for plants in both the US Gulf and the Northeast are up nearly 40% from earlier estimates at the start of the construction boom.

“The number of petrochemical projects constructed simultaneously had significant impact in the marketplace. “Time to market” was the primary driver for these projects as everyone wanted to capture the early market opportunity. This resulted in a fast track planning and a construction driven project environment,” said Pathfinder LLC, author of the report.

“This strategy caused many plants to be built with higher cost and schedule delays. Specific impacts resulted from: labor shortages, raw material shortage for things like steel and alloys, immature design with implications in EPC scope and change orders, poor planning during construction which impacted labor productivity and a competitive labor market to hire skilled workers,” Pathfinder continued.

Extreme weather in the US Gulf in 2017 resulted in both a shortage of qualified labor and an increased level of construction activity associated with repair work.

While this impact can be viewed as temporary, a recent Compass International report estimates that the impact over the next six months will range from 5% to 10% for construction support equipment and other indirect costs, and 3.5% to 6.5% increase for craft labor.

Despite labor shortages and rising material costs that continue to impact the construction sector, construction spending for nonresidential buildings is projected to increase 4% this year and continue at that pace of growth through 2019.

The American Institute of Architects (AIA) semi-annual Consensus Construction Forecast indicates the commercial construction sectors will generate much of the expected gains this year, and by 2019 the industrial and institutional sectors will dominate the projected construction growth.

“Rebuilding after the record-breaking losses from natural disasters last year, the recently enacted tax reform bill, and the prospects of an infrastructure package are expected to provide opportunities for even more robust levels of activity within the industry,” said AIA Chief Economist, Kermit Baker, PhD. “The Architecture Billings Index (ABI) and other major leading indicators for the industry also point to an upturn in construction activity over the coming year.”

Evaluate the anticipated cost of constructing a 1.5 M Ton per year Ethylene facility in either the Gulf Coast or in the North-East region of the United States. Download Petrochemical Update’s US Ethylene Complex Construction Costs Data 2018-2020 report for free here.