Burlington Northern and Santa Fe Railway (BNSF) said on Dec. 14 it will work toward a “demonstration of a locomotive powered by hydrogen fuel cells” in an effort that trails an announcement earlier in the year by Canadian Pacific also about work toward building America´s first hydrogen train. 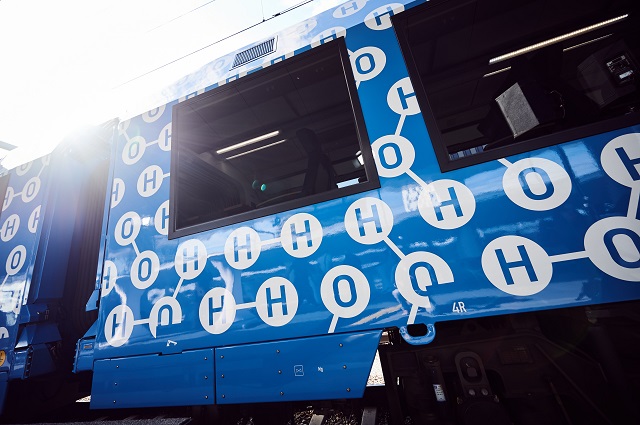 The objective is to study “the feasibility and performance of hydrogen fuel for use as a viable alternative to traditional fuels for line-haul rail,” according to a statement of companies that includes BNSF, Progress Rail, which is a unit of Caterpillar that makes engines and locomotives, and oil company Chevron.

“Hydrogen has the potential to play a significant role as a lower-carbon alternative to diesel fuel for transportation, with hydrogen fuel cells becoming a means to reduce emissions,” the statement said.

Some 948 million tons of chemicals were shipped in the U.S. in 2020 at a cost of over $55 billion, with 20% of chemical transportation costs going to rail, according to the Association of American Railroads.

In 2020 chemicals accounted for nearly 17% of gross revenue for U.S. railroads.

U.S. freight trains rely primarily on off-road diesel, which has 15 parts-per-million of sulphur.

Progress Rail, a Caterpillar unit that also makes railcars, will build the prototype hydrogen fuel cell locomotive, according to the statement.

Chevron “expects to develop the fueling concept and infrastructure to support this use of the locomotive” that will be demonstrated on BNSF's rail lines.

"This technology could one day be a lower-carbon solution for line-haul service, as it has the potential to reduce carbon emissions and remain cost competitive," he added.

The project aims to find "new use cases for hydrogen in heavy duty transport, as we seek to create a commercially viable hydrogen economy," said Jeff Gustavson, president of Chevron New Energies.

BNSF announced in Jan. 2021 another project to power locomotives with batteries.

BNSF Railway and equipment manufacturer Wabtec had said at the time that they would explore the potential of battery-electric locomotives in revenue service in California.

“BNSF is focused on continuing to reduce our environmental impact, and we’re committed to doing our part to test and assess the commercial viability of emerging technologies that reduce emissions,” Lovenburg said at the time.

The pilot test was to run in the first quarter of 2021 and was part of a $23 million grant by the California Air Resource Board.

BNSF, which operates about 32,000 miles of rail across two thirds of the U.S., trails efforts by Canadian Pacific (CP) in the development of America´s first hydrogen train.

The fuel cells will work with battery technology to power the locomotive's electric traction motors, it said. The Ballard cell modules acquired will provide 1.2 megawatts of electricity.

"With this purchase from Ballard, a leader in the hydrogen fuel cell industry, CP further demonstrates its commitment to developing the next generation of locomotives, one that produces zero emissions," CP President and CEO Keith Creel said at the time.

Canadian Pacific is a transcontinental railway that operates in Canada and the U.S. with links to ports on the Atlantic and Pacific.

Alstom Coradia iLint is the world’s first and only operational passenger train powered by hydrogen fuel cells.  It was built by Alstom, a company based in France and owned since 2015 by General Electric.

Alstom was active in 2021 promoting its hydrogen train as a sustainable alternative with the potential to reduce emissions from transportation.